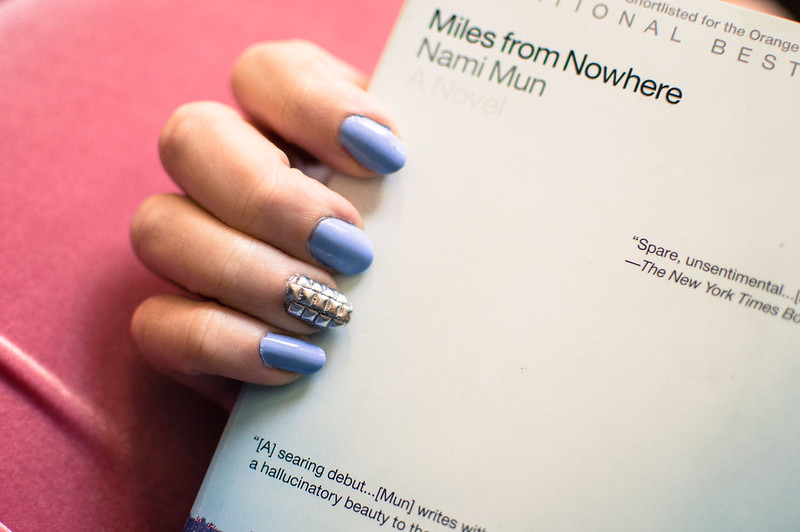 "She was going to speak, her lips were going to move and she was going to talk to me as if I were a real person, and I was ready to prove to her that she wasn’t better, just better off.” p120

Miles from Nowhere artfully blends prose and poetry. Nami Mun has a talent for communicating intrinsic feelings that are challenging to express. Her heroine is fraught with self-destructive tendencies, blowing herself up over and over again. The novel, which at first may seem like a sad tale of surviving the urban underbelly, searches relentlessly for hope leaving readers wanting, hoping, needing.

“Her weeping was a rusty swing set creaking in the wind.” p134

The novel starts in a homeless shelter for youth. With her guide Knowledge, another runaway, they escape the shelter to live on their own. The novel takes place in the top floors of derelict buildings, modern brothels, fast food restaurants, childhood homes and Narcotics Anonymous meetings. On the surface Miles from Nowhere seems like a desperate journey story which can only end in an early grave, but Mun adds interest and variety with her understated cultural observations on Korean tradition, assimilation and what it means to be American. There are also the occasional semi-hallucinatory experiences that provide a dreamlike, subconscious exploration where readers will find themselves simultaneously deciphering scenes while discovering what their own interpretations mean. Are their angels? Is God there?

“You go too far and the Lord will come looking for you.” p98

If there is a moral to Mun’s novel it’s that people are complicated. When authors dare to explore sympathy when it isn’t deserved, anger when it is misguided, and sadness when it leads to self-abuse, they are getting to the essential experiences that define being human. This is what Mun has done. 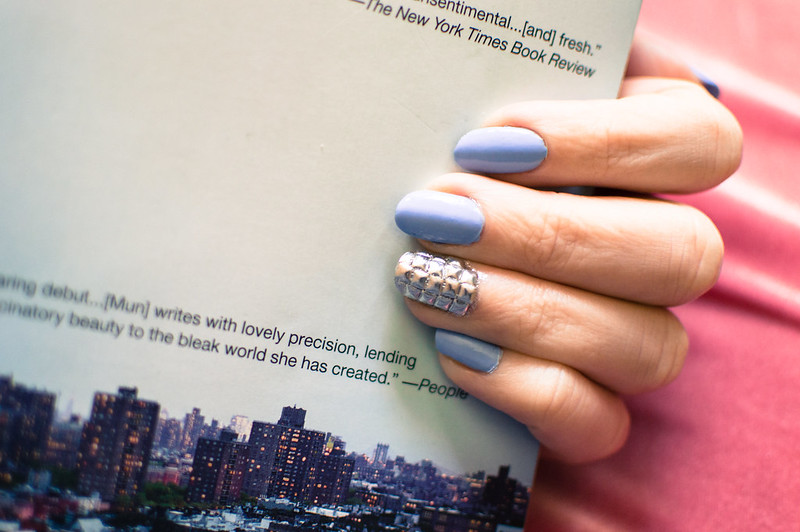 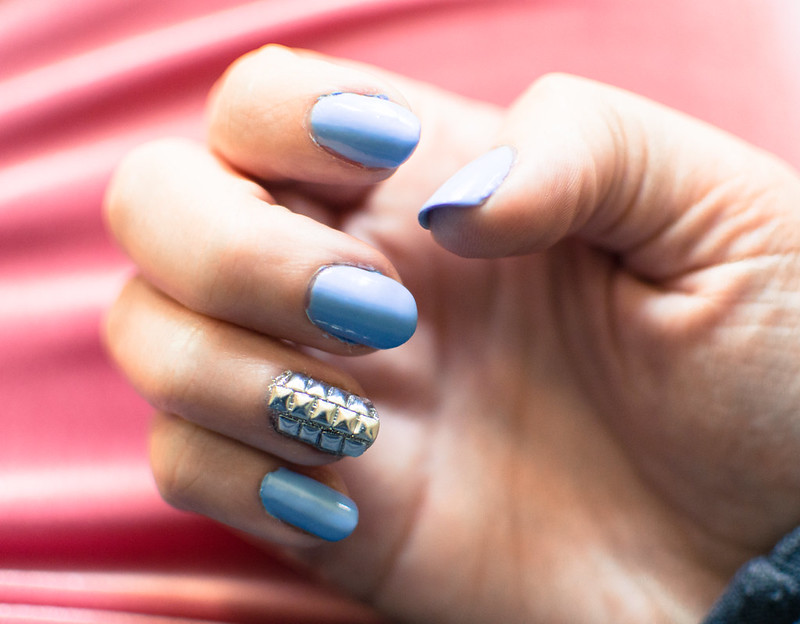 Miles from Nowhere has a soft blue hue on the cover that is persistent in aura throughout the book. It always feels like twilight. I recreated theme of hard (living on the streets) versus soft (reconciling relationships) with a pale blue nail color to match the cover and a silver accent nail. 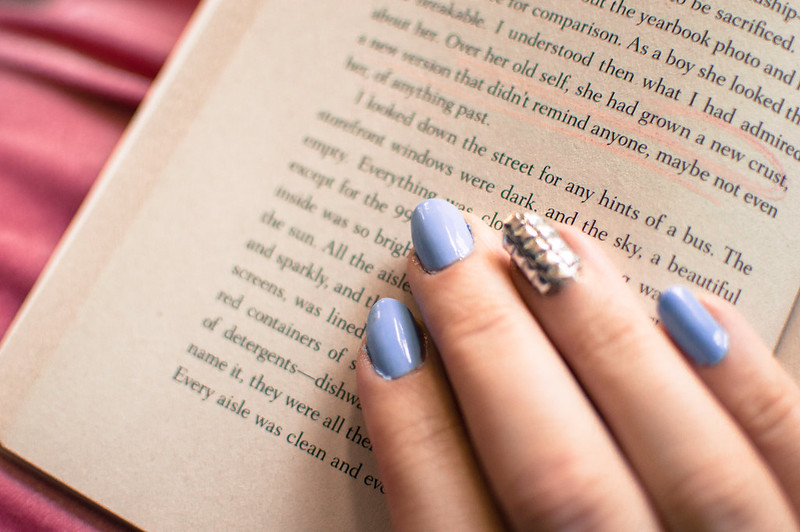