Snake Satish asks me if I want to come closer. I shake my head, “No.” He grabs my forearm and pulls. He crouches behind the King and I do the same. I’m not gonna die in India, I think. Snake Satish tells me that the King has bad eyesight but can sense ground vibration well. I feel an uncontrollable tremor vibrate through my foot, which is supporting me.
I’m not going to die here, I think again.

We pulled over in a heavily forested area. Each of us clamber out of our jeeps and gather at the side of road. We are introduced to the leeches which make the grass dance. They can smell our blood and are racing toward us. I am repulsed, but make a valiant attempt to ignore it. It only took one viewing of Stand by Me to realize leeches are not cool and I don’t want them to touch me.

There’s a path we are directed towards. Bitten fruit cover a rough decline. A sign of monkeys who had just been snacking. The path opens up to a natural arena. On all sides are dense woods, but a clearing with one huge tree and scenic pond greets us. It seems an oasis.

But surely this couldn’t been Eden without a snake. First the Mountain Trinket is pulled from what looks like a cleaned plastic Cheese Ball container and the snake is passed around. Snake Satish offers it to me. I say no. I shake my head. I have no interest in snakes. Their bodies are weird and I don’t like how they move with no legs and all slither. Sensing my apprehension, he puts the snake in my hands. I freeze. The snake freezes.

I have to admit, I was a bit mesmerized.
But nonetheless relieved when he took it from me.

It was passed around to people more experienced at snake care and cuddling. The Mountain Trinket isn’t venomous, but I don’t imagine being bit by one would be fun. I’m glad to see it nowhere near me.

Snake Satish motions like he is going to put it over my head. I grimace. But I remember my elementary school self in science class letting my friend’s show-and-tell snake drape itself around my neck. I summon up some of that courage and stoop so he can hang it around me. Fearing it will slide straight into my shirt I carefully maneuver it back into my hands and Snake Satish congratulates me.

I turn to watch others hold it (or not hold it, looking at you Dr. Grant). While behind me, Snake Satish is whipping a King Cobra out of a fabric sack. 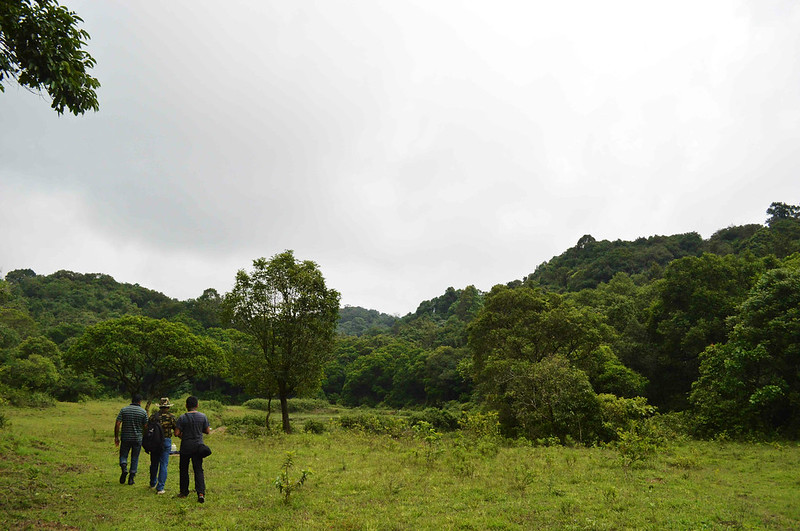 A brief interlude in our narrative for some cold hard facts about King Cobras:


So, knowing all of this, I stay back - watching as Snake Satish and one of his friends, Boss, distract the snake. They made him rise up and sway. They even took turns “petting” the king, tapping the back of its head.

Until Snake Satish dragged me to crouch behind it. He left me there to pull another student, Austin, to sit. We crouched there for what felt like centuries.

In India, snakes are not killed. So eventually the snake was set free into the wild. It had been caught to be released somewhere farther from people and closer to its habitat.

That was the first time I had ever crouched before a King, and I hope, the last. 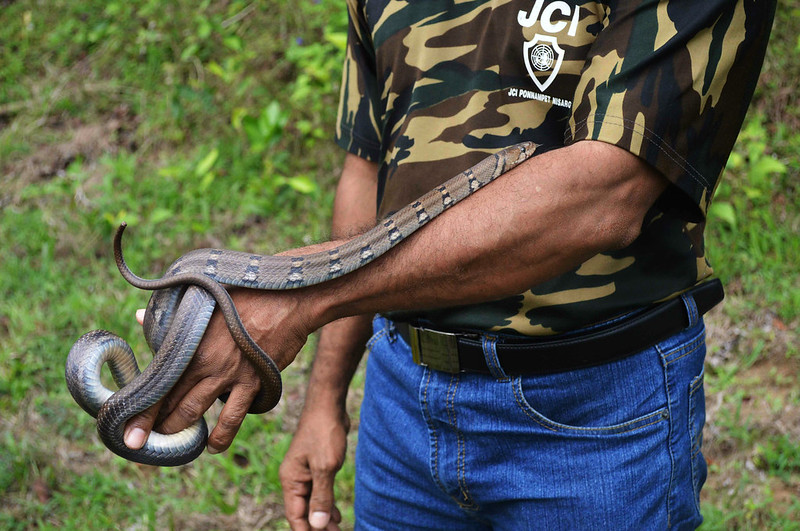 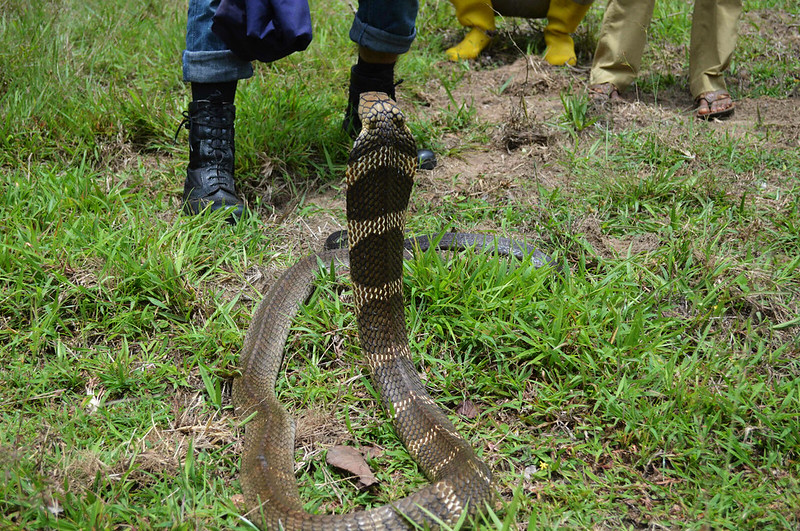 I would just like to note that I did completely trust Snake Satish and felt no real concern for my life. Anything about death flying through my head is a result of my own personal exaggeration although upon reflection it does seem daring. 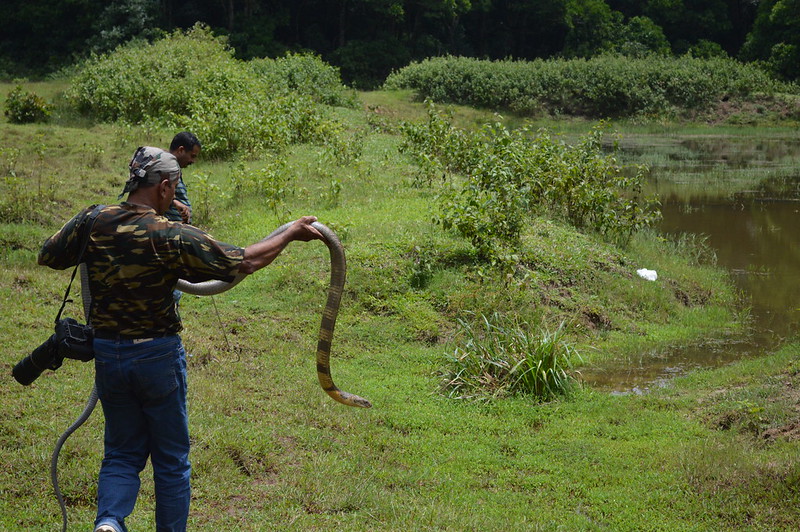 See more photos from the elephant camps and India here.