June 05, 2014
Blue waves crashing into warm sand, hammocks swinging lazily through soft breezes, and picnic blankets spread under the shade of a pecan tree are all the perfect summer scenes for reading books. For some guidance, here’s a couple recommendations for the best books to read while listening to the waves crash, the creaking of a hammock and the whistling of breezes through trees. Each of these books focuses on self-discovery and understanding. Let summer be a time of relaxation, self-evaluation and good stories. 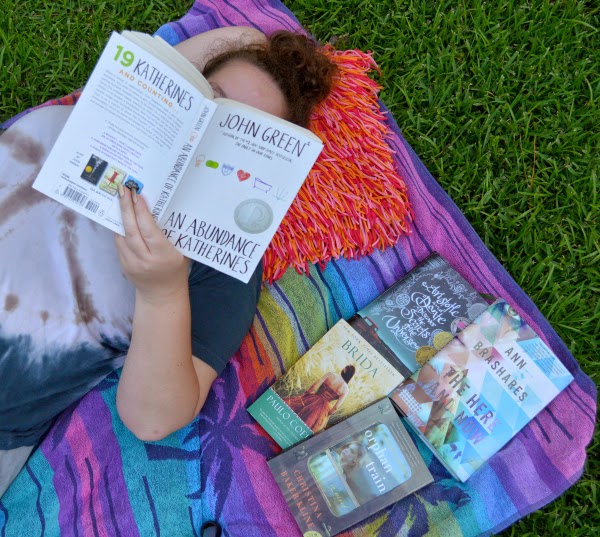 Orphan Train by Christina Baker Kline    This New York Times Bestseller follows two remarkably different people, 17 year-old Molly Ayer and the elderly Vivian Daly. Molly Ayer is a Goth freak who spends her youth hopping from foster home to foster home while holding on to her culture as a Penobscot Indian. Vivian also understands what it’s like being an orphan.     Between 1854 and 1929 the orphan train ran from the East Coast to the Midwest carrying children whose family were no longer alive or no longer willing to care for them. The train carried them to their new homes and new lives, although those lives were not always better. Vivian carries with her on the orphan train her Irish heritage.     The culture clash between these two strong-willed women creates an intricate story about culture, heritage, and reconciling the past. While there are moments of laughter, there are equal parts realism making the reader aware that every life is complicated in its’ own way.  Brida by Paulo Coelho    Known for "The Alchemist", Paulo Coelho continues to tell stories that enlighten audiences to new and challenging perspectives. Brida is a young Irish girl who always had some interest in magic, but soon goes searching for something greater. She meets two mentors who teach her about the world of magic and past lives.     Brida is taught how to see the world and notice the universe as a place of wonder. She also has to balance her relationship with her scientist boyfriend and determine which world, the one she has always known or the one that is unfolding itself before her, is the one in which she will live. Paulo Coelho is masterful in the telling of a story about discovering oneself while understanding the beauty, and yes, even magic, of the world. An Abundance of Katherines by John Green    Is there a formula for determining the eventual outcome of a relationship? Child prodigy Colin Singleton is determined to create one in this Printz award-winning novel. Colin is launched onto a path of self-understanding after being dumped by the 19th girl named Katherine. He’s dated 19 Katherines and every single one has dumped him.     Joining him on his path is his best friend and trusty, rugged car. Together they go on a road trip that lands them in a place with exhausting heat, a pink mansion, the grave of an archduke, feral hogs, and a girl. Colin will have readers cringing and laughing, sometimes at the same time, while he learns who he is and what he’s worth. Self-discovery is a key part of this story, but so is the understanding of human relationships, what makes them great and what makes them complicated.Aristotle and Dante Discover the Secrets of the Universe by Benjamin Alire Saenz    Two teen boys named after great figures in history meet at a swimming pool. It sounds like the start of poor jokes, but it’s actually the beginning of an excellent book. Dante and Ari bond as complete opposites and join together for a summer that is hard to forget. They learn to trust when trusting is hard. They learn the value of vulnerability and sincerity.     Together, Ari and Dante try to understand their families and their universe. The thoughtfulness and curiousness that is embedded in this book allows the reader a chance to formulate a response as Ari or Dante seek understanding. Join Ari and Dante as they discover the secrets of universe.The Here and Now by Ann Brashares    From the author of "The Sisterhood of the Traveling Pants", comes a story about the future, time travel, sacrifice and exposing the truth. Prenna James immigrated to New York when she was twelve from a different time. Prenna struggles to live by the strict set of rules set by her elders and often finds herself in trouble.     In her defiance she finds what maybe she has been searching for the whole time, the truth. As the full story of her past and her people unveils itself, Prenna is left to navigate and fix her broken world. With her is a boy Ethan, who understands more about Prenna than she may even understand about herself. Together they try to heal future to prevent what Prenna’s people were running from. This riveting tale motivates the reader to connect dots and cheer for Prenna’s plight.
books literature reading reviews self understanding summer