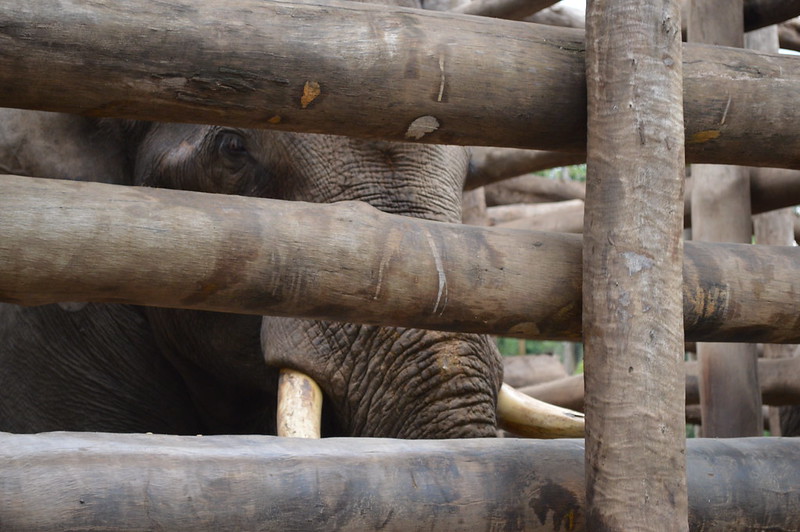 We were trapped and hoping. My first day at an elephant camp and the clouds were heavy. Lucky for us they waited to burst until we and the equipment we hauled were safely under one of the feeding buildings. Basically a room with half-walls and a roof. Inside were storage containers filled with food for the elephants. The rain shattered our chance at interviews, but we would exercise patience to see if it cleared.
Being stuck puts a person in an odd position of forced observance. For a while I paced the feed building which we shared with the mahouts and their children. Then I sat on the wooden steps of the storage rooms. I played games on my phone, feeling it heat in the palm of my hand while children huddled around to watch. And then I would stand again, bored.
I would creep along the edges of the building shooting what interested me. At first it was the elephants meandering lazily through the drizzle. Chains rattled around their large stomps. Soon travelers from the road would stop and join us to watch the elephants. Then they would become the subjects of my photos, whether they knew it or not. The other travelers would take pictures on their phones or cautiously let their toddlers roam among us, pulling them back when they tried to grab a camera or tripod. 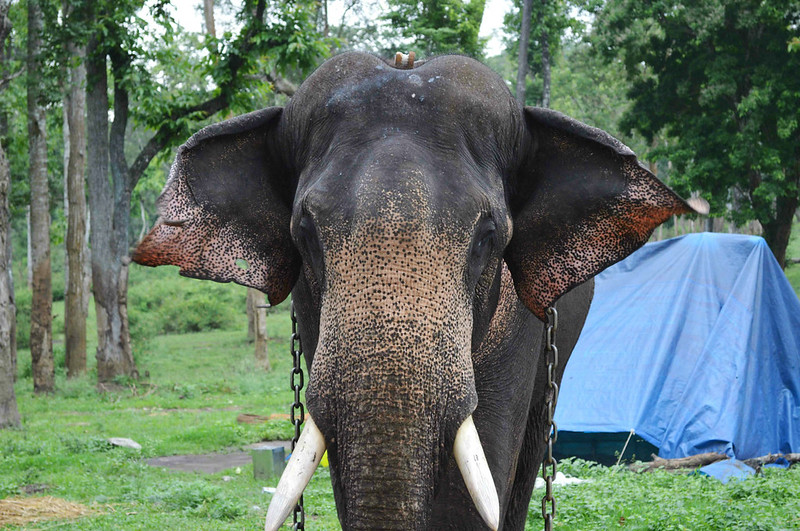 Forced observance. A man lights a cigarette. A group of girls giggle. One of the older girls stands on the edge of a half-wall and cups her hands catching the rain as it falls from the edge of the roof. A small puppy curls up and naps on a pile of ropes. There is a scale and the boys, in our group and just passing through, take turns weighing themselves for fun.
I can still hear the chains rattle. The elephants with their big flying ears hear those chains rattle every day of their lives. I wonder if that’s okay. If it’s okay that they are trained in cages they build themselves. If it’s okay that their whole family rattles when they walk. An elephant chain gang. 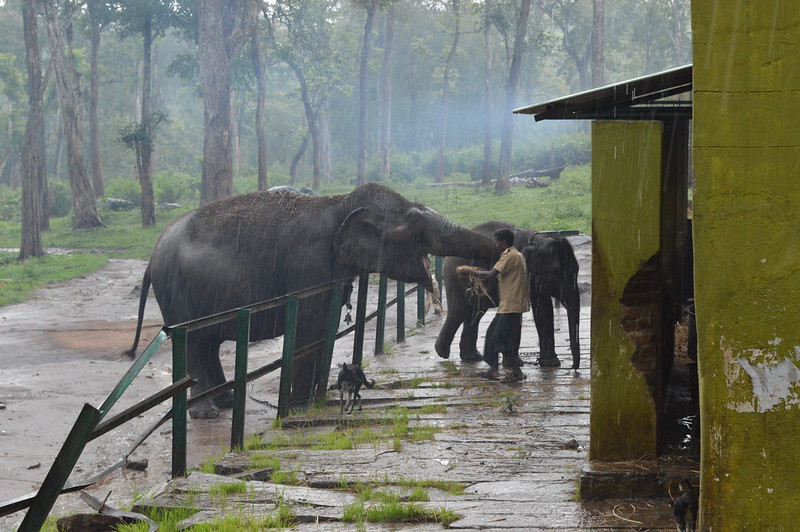 But what else could they do? These elephants were wild animals. They killed people. Something had to be done.
The rain was romantic in normally sweltering India. Cooling and calming everything. Turning rough elephant skin to silk, at least visually. Children played in the rivulets that formed in the Indian clay creating dams and splashing each other. Mahouts got food for the elephants feeding them in the building next to ours. Baby elephants with their eager and content little faces, not killers yet, stayed sandwiched between their mom and dad.
But underneath the pattering of rain on the roof and children laughing, their bare feet smacking the wet clay and Hindi voices sharing perspectives, those chains were still rattling. 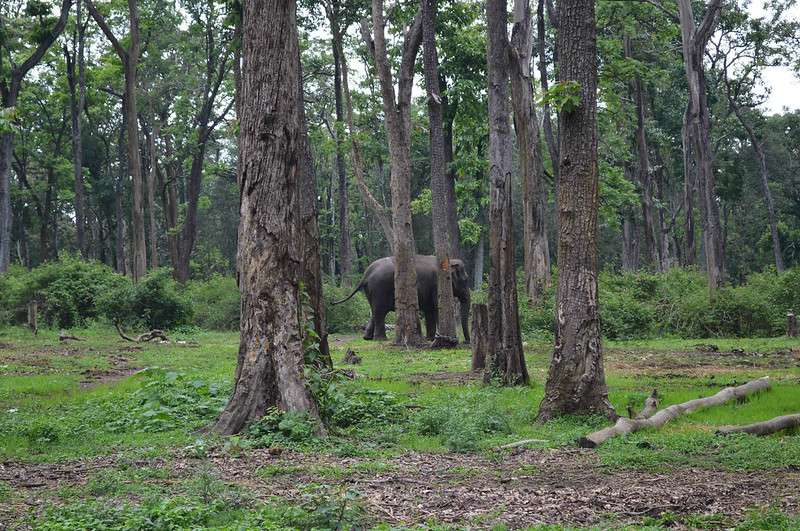 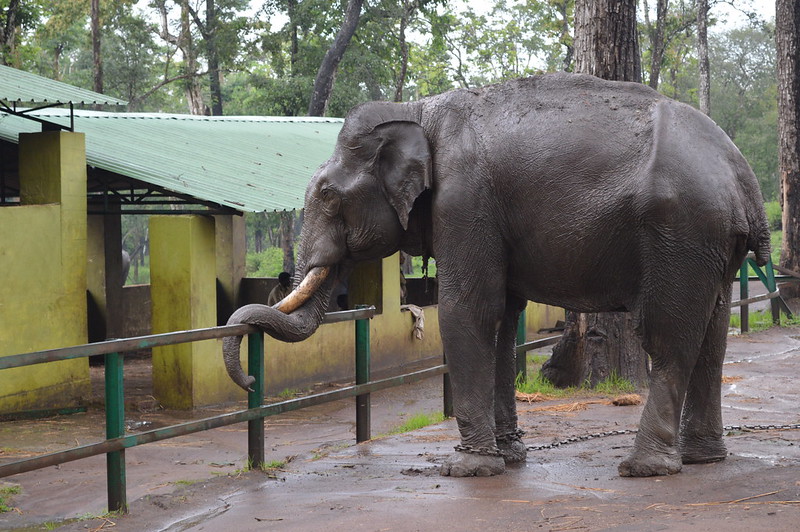 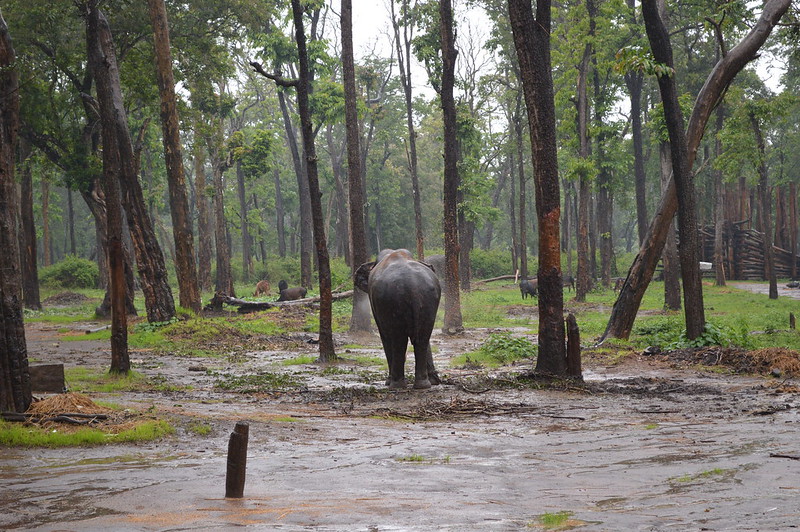