Who are you carrying? 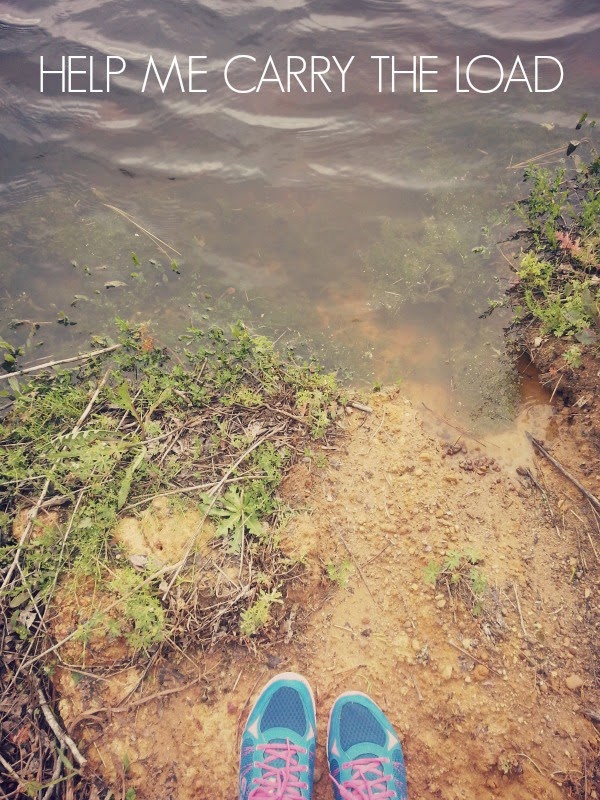 This is me asking for help. I've had another one of those awful things... an idea. The idea is this: I want to be healthy and well and happy. But wanting to be those things is not enough motivation for me to actually take the appropriate action to get there. I knew I needed some other external motivation. And like a train, or less violently, like a fluffy snowball, it hit me. My school hosted the launch of Carry The Load, a national relay meant to bring awareness to the importance of Memorial Day and to the men and women who died while serving our country. To raise awareness, a caravan of people walk from West Point, New York to Dallas, Texas until May 25th. Two of whom work on The Stallion Newspaper! (Way to go Jo-Leigh and Matt!)
Well, that's great. But I don't necessarily have the time/ability to walk that far for that long. So I wanted to carry the load from my house. Here's my proposition, my awful idea:


Everyday they walk, I walk. For every mile I walk I'll donate $1 to the Carry The Load cause.

This is my external motivation. Everyday I don't walk, I'm not helping. I'm not carrying.
I'm making health more than just about me. This is about other people. This is about the heroes; the firefighters, the police officers, the rescuers, the men and women who serve our country. It's about all of those people, not me.
I'm one of those Americans that has no real direct tie to our heroes. No one in my immediate family is an officer, firefighter, or in the military. However, my Grandfather was enlisted during the Korean War. He was a sergeant in the Army and we know he wasn't stationed overseas. We don't know how he was allowed in the Army being blind in one eye and having severe back problems, but we do know he liked being in the Army. And like a true Army man, he never, ever talked about his experiences during that time. When I think of my Papa and the word "service" I think of his time spent as a pastor. And to be totally honest, I don't think there's much difference in pulling someone out of a burning house and pulling someone out of their own personal fires, fires that consume from within. My Papa tried to help those people before they were fully consumed. Disagreeing with me is fine, but know my Papa was a good, complicated person. He made mistakes, but boy did he love. Loved everyone and everything and every little being...
The question that the Carry The Load organization asks is, "Who are you carrying?" I want to carry the memory of my Papa. But just know, this cause is more broad then the few I can name who have served our country in some capacity. This is about all the people I don't know. The hundreds that I don't know. The thousands I'll never meet. And this is for their families. I want to carry their load too. And if I have to do it by myself, that's fine. But I'm going to ask, sincerely, will you help me carry their load?

How to help:
Carry The Load started today. I already got my two miles in ($2)! It lasts until May 25th. Join my team, donate some cash money, read my newsletter, and help me carry their load.
1 Corinthians 10:31
carry the load donate organization