Make your own strawberry jam! 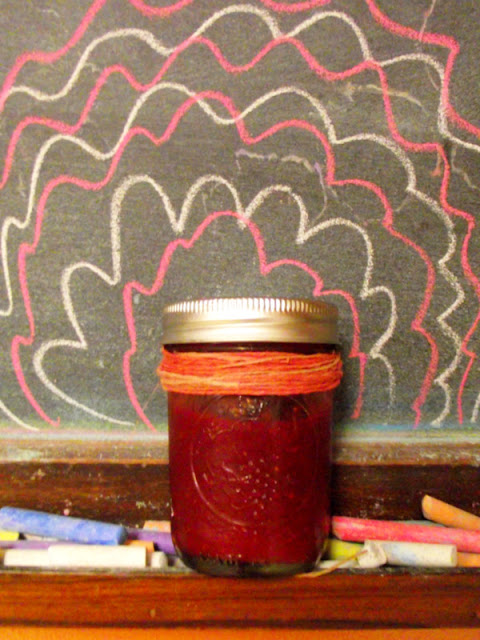 This strawberry jam will rock your world. Store bought jam will never amount to the amazing you can make yourself. I saw this recipe/tutorial on Rookie and I wanted to try it, but I was nervous. I had never even made applesauce before. I decided to man-up and try it.
My whole family is hooked now. For good reason, nothing compares.
Now that I've talked the talk, I'll show you how to walk the walk.
Here's what you'll need: 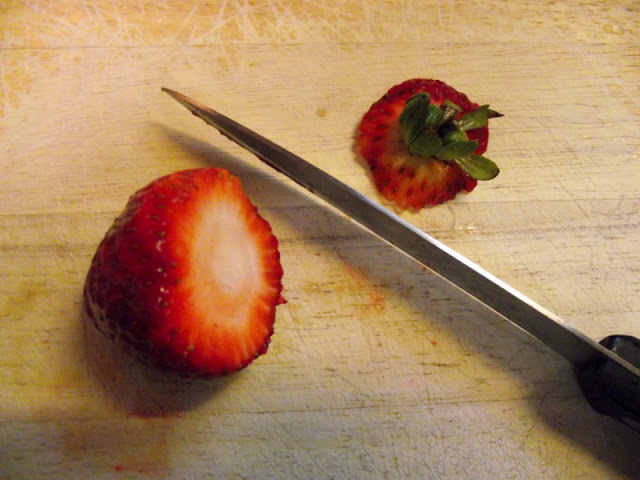 First: Wash those berries. Then hull them. (cut off the green tops) 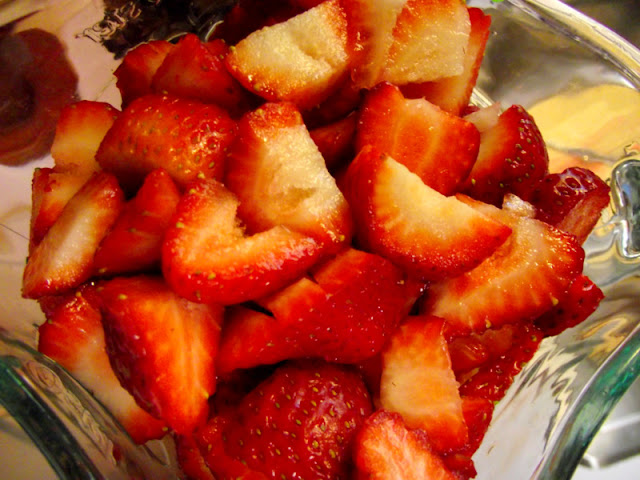 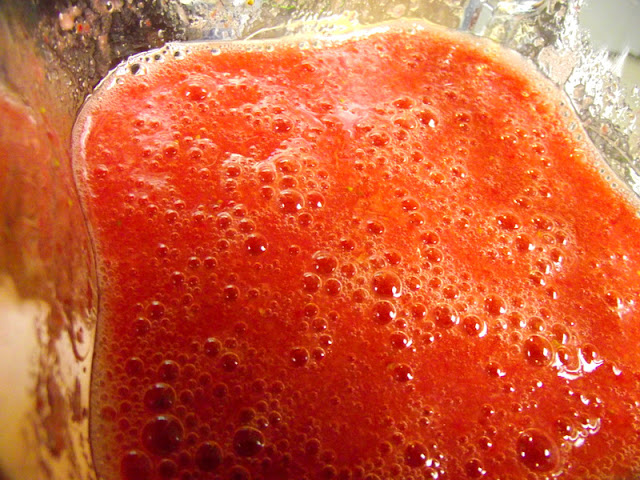 Second: Fill up your blender with tasty strawberries. Add a cup a water. Then blend, blend, blend until they are totally liquefied. 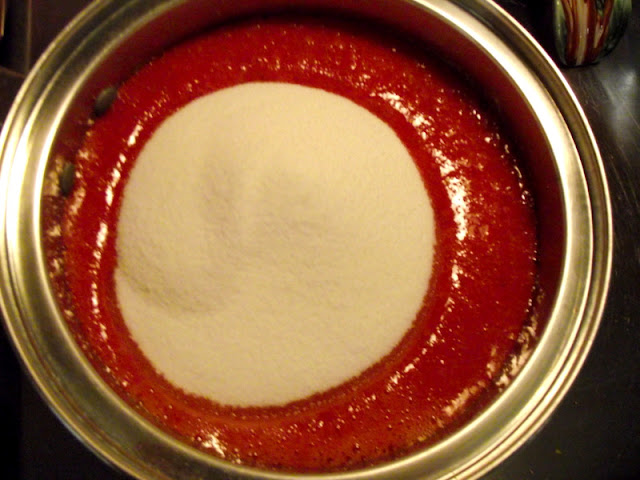 Third: Pour the strawberries into your saucepan. Add the 2 cups of sugar and the juice from the lemon. You can just hand squeeze the lemon, but watch out for seeds! 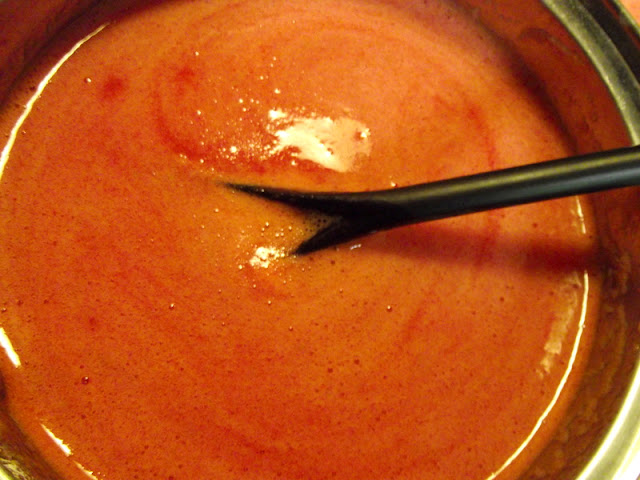 Fourth: Turn the stove on medium heat and boil the mixture for 30-45 minutes. Stir often or it will burn. As you’re stirring, a pink foam will form on top. It tastes delicious, but you don’t want that in your jam, because it will make the jam cloudy when you put it in the jar. Use a spoon to scoop the foam off the surface of the boiling jam. I put the foam in a bowl next to my sauce pan. 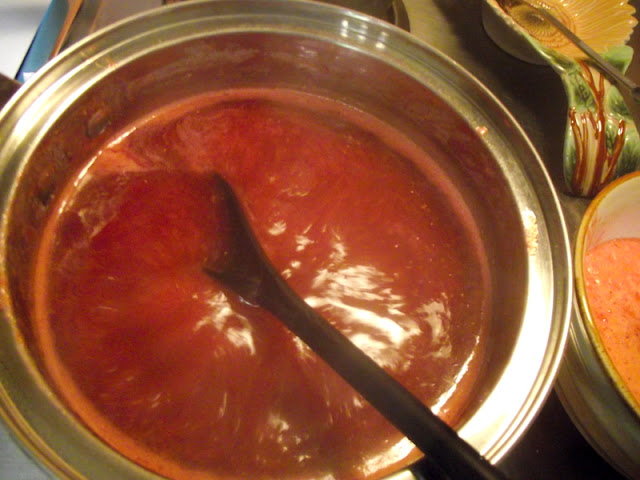 Seven: You’ll know the jam is nearly ready when the color changes from light pink to a rich, deep red and the boiling noises start to sound thicker. Keep it stirred!

Eight: The jam is done when it's a bit runnier than purchased jam usually is. Later when it is refrigerated it will thicken.

Nine: Carefully remove the jars from the boiling water. (I used tongs.) Pour the jam into the jars. I actually ladled mine out. 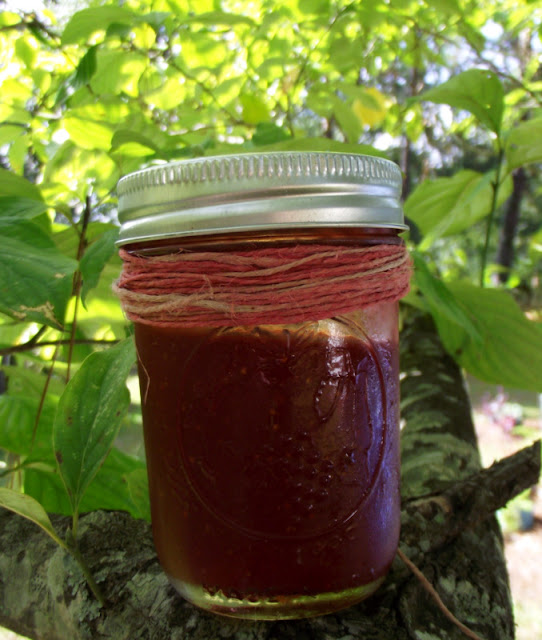 Ten: Screw the lids on super tight and turn the jars upside down, that will seal them. Leave them that way for ten minutes. Then refrigerate. 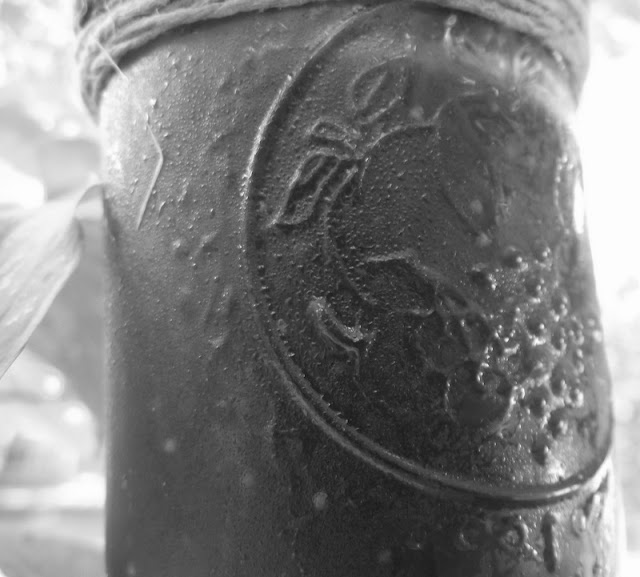 This jam will only keep about two weeks.
If you feel like this is too much for your family, then half the recipe. Or you could make the whole recipe and give some away! 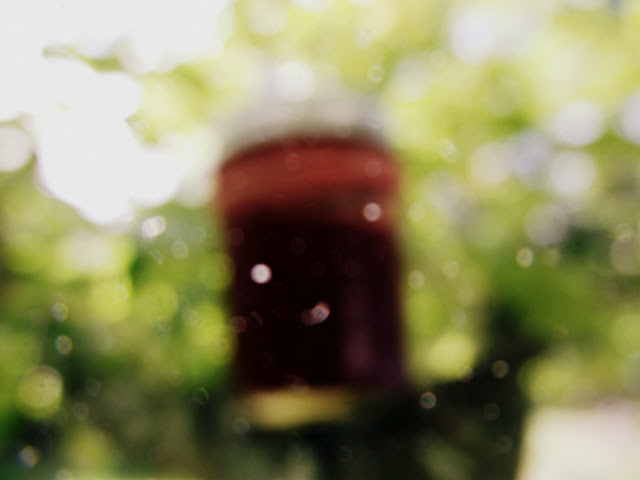 If you liked this how-to then stay tuned!
You can follow through Blogger or Bloglovin or by e-mail or on my tumblr!
delicious home made how to jam make recipe strawberry